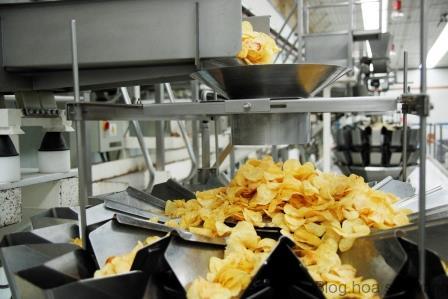 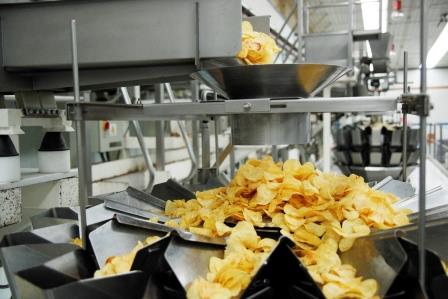 Ishida Europe Ltd. (Spain) – Ibersnacks produces crisps and extruded snacks for Spain’s biggest supermarket chain, and has the largest production volume of these products in the Iberian Peninsula. One of its two major production sites is the Chips & Snacks factory at Benifaio. This well-established plant has a reputation for constant upgrading its processing and packing operations to maintain efficiency.

Until about 2010, the plant packed its products using a number of multihead weighers from different manufacturers mounted over older generations of bagmakers, each line capable of packing about 25 bags per minute (150g target weight).

With the development of the company’s two potato-processing lines to a capacity of 1,000 kg per hour, the need arose to increase packing line speeds. The bagmakers were the obvious point at which to commence upgrading and Chips & Snacks purchased a new one, along with a compatible multihead weigher, the two units being from separate manufacturers. Then, in 2011, the company bought a new single-source combined weigher/bagmaker, an Ishida Total Packaging System (ITPS).

The ITPS at Chips & Snacks consists of a 14-head weigher of the R-Series and an Atlas 122 continuous motion bagmaker with twin rotary jaws. While the weigher is designed to be capable of being mounted directly onto the bagmaker, in this case the CCW-14-R has been placed on the same high-stability platform as the rest of the company’s multiheads, with the weigher underneath.

When it comes to speed, the new ITPS is, as expected, several times faster than the older generation weigher-bagmaker combinations. But how does it compare with more modern competitor snacks packing systems? Jaime Martin Roig, Maintenance Manager at Chips & Snacks, believes that the Ishida has an edge of about 15-18 bags per minute (250g target weight). In fact, comparable speeds can be obtained on the other system, with one important difference.

“When we approach those higher speeds, the Ishida is exceptional in the accuracy it maintains,” he comments.

As regards the bagmaker of the Ishida combination, he is pleased with the quality of bags produced, which he attributes to the precise control of film movement, even at high speeds. He is particularly impressed with the vertical seal of the finished bags, not a strong point of all bagmakers.

“We regularly carry out underwater partial vacuum tests, as do most snack manufacturers,” he comments. “And you will rarely see bubbles coming from a pack made on the Ishida Atlas.”

With weigher and bagmaker designed and manufactured by a single company for the express purpose of working together, it is unsurprising that installation and commissioning were problem-free. Both machines are controlled from a single touchscreen, which can also integrate input from metal detector and printer.

The weigher-bagger unit also includes a dispersion feeder table camera positioned at the top of the weigher, enabling the operator to monitor product flow and to adjust it as required to maintain maximum weighing efficiency, using the touchscreen.

“We bought our first Ishida weigher back in 2005 at the Hispack exhibition. It was speed and accuracy that impressed us then, and they continue to do so with innovations such as the ITPS.” says Jaime Martin Roig.

“Single source supply is also important from the simplicity it brings to support and maintenance, and we are particularly pleased with the support we receive from the Ishida team.” Much of this support has come from CIMA, the Ishida distributor in Spain, whose team of engineers has first-hand knowledge of the plant and a strong working relationship with the Chips & Snacks team.

For more information about the Weighers from Ishida Europe click here. 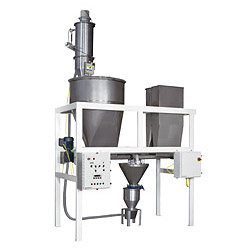